What Are UTVs Anyway?

What Are UTVs Anyway?

Offroad vehicle manufacturers sure have a way of complicating things.  In the 15+ years I’ve been riding, they’ve been referred to as Off Road Vehicles (ORVs), All Terrain Vehicles (ATVs), ROVs, Buggies and “those godda#*$ mud trucks”, among other things.

Now there’s a relatively new acronym in town, called them “UTVs”.  And just like the rest of you, I’m a little confused on what differentiates UTVs from ATVs and all the other 3-letter acronyms.

In order to clear up the confusion a bit, I wanted to share with you the notes I’d taken on the subject on getting back from the NOHVCC conference back in August.

The bad news is:  it might confuse you more.  Despite that, I’ll do my best to explain in today’s post…

What Is NOT a UTV

Utility Vehicles (UTVs) in the market are often referred to as:

All of these encompass a very broad number of off-road vehicle types and for that reason there is a lot of ambiguity in the market about what each specifically represents, so perhaps a good place to start would be to describe what is not a UTV.

UTVs are generally marketed toward the recreational crowd, so any vehicle marketed outside of this customer base, should not be called a UTV.

I’d already mentioned that 1 seater ATV’s are in a classification of their own, but aside from that, so-called “golf-cart” vehicles from companies like Taylor-Dunn, Motrec, Cushman, Columbia ParCar and Pack Mule should be excluded.  Similarly modified golf-cart, “personnel carriers” used by businesses and airports should be excluded as well.

In general, here’s the vehicles that were outside the UTV designation:

What is a UTV, specifically?

UTVs can be driven either by internal combustion (IC) engine or electric-powered and can differ significantly in body style from the typical injection plastic molding bodies to heavy-plated steel bodies commonly found on vehicles in industrial plants and warehouses.

In recent years there appears to be a growing number of descriptions that go beyond the widely used term of utility vehicle, UTV or UV.  These include Side-by-Side Vehicles (SSVs) and Recreational Utility Vehicles (RUVs).  Because this market has changed so much in recent years there has been ambiguity concerning these classifications.

For example, one general classification that the Recreational Off-Highway Vehicle Association (ROHVA) has used is recreational utility vehicles, or RUVs, as those exceeding 30 mph.  But there are even more diverse classifications being used by different OEMs that further define these vehicles in various segments and niches.

The following six categories represent a new and different way to classify the market. The categories look not only to the top speed of the vehicle, but also cargo space, engine power and type, and seating configuration.  While these new categories do not reflect any agreed to industry standard, we believe they better describe the dynamics and new vehicles in the market over the last few years.

PUV are speed-governed at 35 mph and under, large cargo area, most lack independent rear suspension, 2WD or 4WD, bench & bucket seats, 2- and 4-passengers, carb as well as FI and EFI, and includes all diesels.  Examples include:

As the name suggests, EUVs are more utility based and speed-governed at 25-mph and under, large cargo area, 2- and 4-passengers, can be either 2WD or 4WD, very popular at golf courses, estates and gated communities, with hunters and industrial in plants and warehouses.  Not LSV/NEV certified.  Examples include:

UCVs include larger cargo area, utility styling, and higher speeds between 44 to 53+ mph.  Most include independent rear suspension, carb &EFI, 2- and 4-passengers and 4WD.  Examples include:

Well there you go.  I know it’s a bit confusing, and while you could argue that all of these aren’t marketed to the “recreational” crowd, it puts the UTV business in perspective. 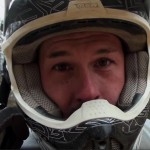 Fred is an off road junky from Memphis who, from the best of his recollection, was born on back of an ATV riding the trail north of Hotsprings, Arkansas. In addition for writing for a couple other ATV blogs including this one, Fred spends whatever money & time visiting Offroad hotspots throughout North America.

This site uses Akismet to reduce spam. Learn how your comment data is processed.